Whether you’re cheering on the Irish green in the parades or the Men in Red at the Chicago Fire Season Opener, there is something to do for all interests this weekend Just Beyond the City Limits.

To better plan your next trip to Chicago Southland,
sign-up for our Monthly E-Newsletter.

Friday, March 4th - Sunday, March 6th
THE PLAYBOY OF THE WESTERN WORLD
John and Angeline Oremus Theater at Moraine Valley Community College Fine & Performing Arts Center
9000 West College Parkway, Palos Hills
(708) 974-5500
A stranger with a secret walks into a pub on the wild western coast of Ireland. As his story unfolds, the people of the nearby village are drawn into his tale in this hilarious masterpiece, written by Ireland’s first great modern playwright. Since its first performance in 1907 (which caused riots in the streets of Dublin), the play has delighted audiences on both sides of the Atlantic, firmly establishing it as one of the great comedies of modern theater.
F-Sa 7:30PM; Su 3PM

Frankfort Spirits (Inside CD & ME)
23320 South LaGrange Road, Frankfort
(815) 469-7315
Celebrate the collaboration of 350 Brewery and Frankfort Spirits as they combined resources to make an Irish whiskey with a south side twist called Horse Box (Irish slang for friend). There will be live entertainment, a choice of two different 350 Brewery Beers, featuring Hold Your Horses and a special release, whiskey tasting, Celtic inspired food and a gift that will raise your spirits.
6:30PM 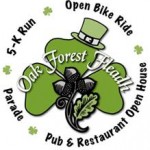 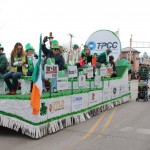 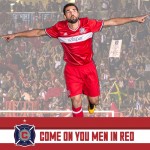 (708) 235-2222
Chicago blues is like no other. It has a distinctive soul that resonates with a city known for great music. Join three-time Grammy nominee BILLY BRANCH, formerly of the Willie Dixon All Stars, and the Big Blues Band (Billy Branch-harmonica; Sumito Ariyoshi-keyboards; Andrew Blaze Thomas-drums; Dan Coscarelly-lead guitar; Marvin Little-bass; horns and singers) in an unforgettable celebration of sound. Billy Branch is the winner of multiple W.C. Handy Awards from the Blues Foundation in Memphis, an Emmy, an Addy Award and two Chicago Music awards. Rarely ever seen in the south suburbs, this lineup will be the hottest blues ticket in town!
8PM

Friday, March 4th
FRIDAY FISH FRY
Lansing Country Club
18600 Wentworth Avenue, Lansing
(708) 474-7550
This week's menu choices will consist of Fried Shrimp, Lake Perch, Catfish, and stuffed shrimp with crabmeat! Choice of potato and coleslaw will also be offered! Reservations are preferred and we look forward to seeing you all for our open to the public fish fry!
12PM

Ongoing
ABRAHAM LINCOLN: SELF MADE IN AMERICA
Chicago Southland Lincoln Oasis
700 East Tri-State Tollway, South Holland
(708) 596-8300
Last year the exhibit, "Abraham Lincoln: Self Made in America" came to the Chicago Southland Lincoln Oasis. The traveling exhibit was created by the Abraham Lincoln Presidential Library & Museum to commemorate the 200th anniversary of Lincoln's birth. The exhibit features eight kiosks and covers Lincoln's childhood, the Lincoln-Douglas debates, the 1860 Presidential election, the Civil War, the 4th Amendment and Emancipation Proclamation, his assassination and other important periods and events in his life. This is a temporary exhibit, so don't miss the opportunity to learn about a famous part of America's history!
Open 7 days a week

If you’re planning further ahead, please check our calendar.
We Apologize, The following error has occurred:
Detail: Could not find the included template /includes/none.

Note: If you wish to use an absolute template path (for example, template="/mypath/index.cfm") with CFINCLUDE, you must create a mapping for the path using the ColdFusion Administrator. Or, you can use per-application settings to specify mappings specific to this application by specifying a mappings struct to THIS.mappings in Application.cfc.
Using relative paths (for example, template="index.cfm" or template="../index.cfm") does not require the creation of any special mappings. It is therefore recommended that you use relative paths with CFINCLUDE whenever possible.